Heeeyy. . . I’m sure that y’all have already forgotten about Inktober. . . November’s almost up and here I am, just now posting my Inktober stuff. . . oh well. At any rate, I loved this entire challenge (yus it was a challenge I much needed!) and look forward to next year’s! (And if you’re patient, I just may post my OWN list of prompts for a random art challenge!!!) So without further ado. . . ART!!! 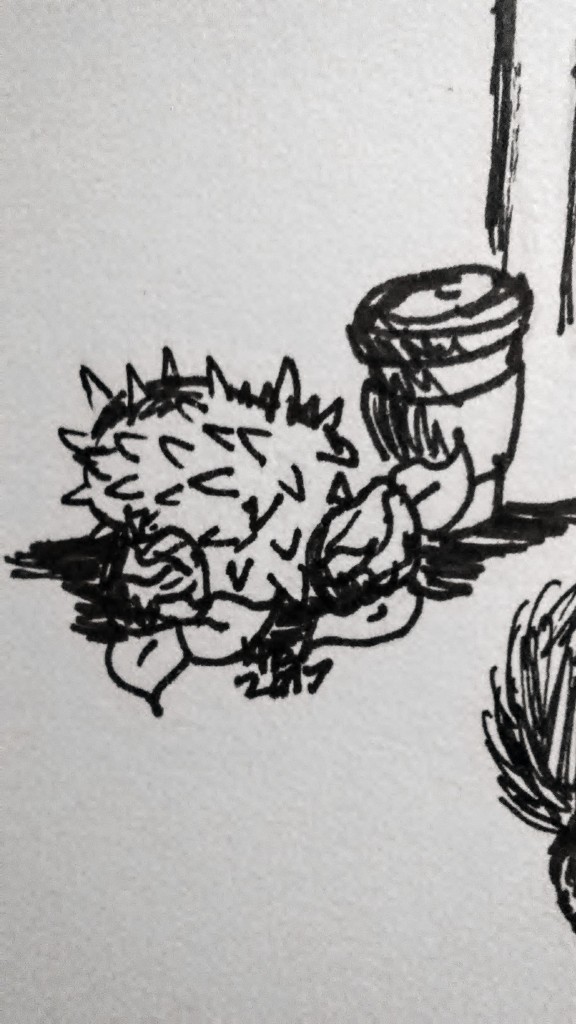 Tasty fruits beloved by the Ghost crew from my Star Wars Rebels. . .  here’s a crunchy apple-ish jogan, a coveted spiky meiloorun melon, and a nice hot mug of caf. . . 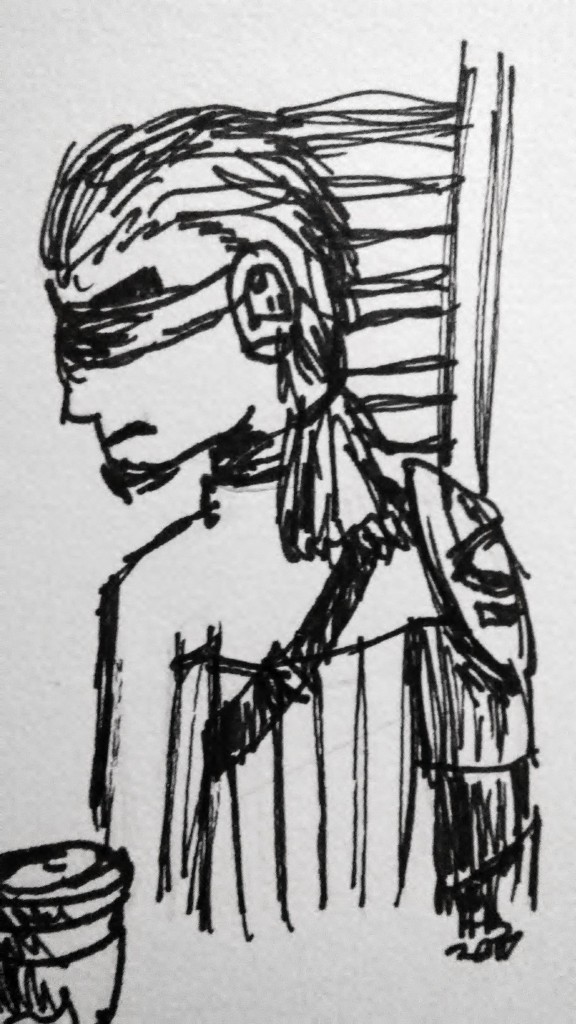 I’m sorry if you’re reading this and somehow DON’T LIKE REBELS because most of it is Rebels. . . here’s Kanan at the of Twilight of the Apprentice. . . poor Kanan. . . well, there’s that handy mug of caf from yesterday beside him, should he need something to drink. . . 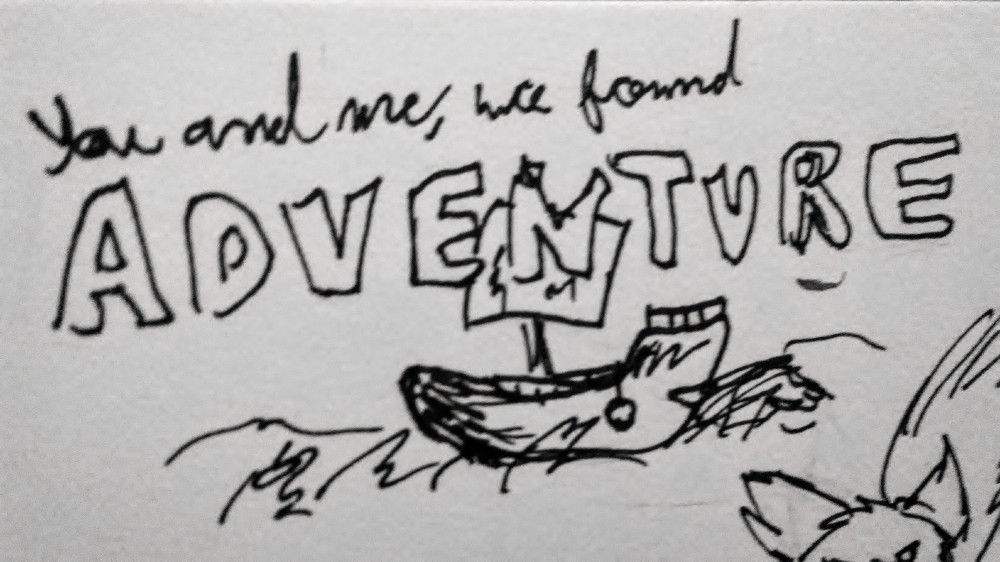 I’m terrible at drawing any sort of ship, and I honestly didn’t want to look not-creative by just doing Star Wars Star Wars STAR WARS every single day. . . so I did a Matthew Parker song instead. Adventure is simply a beautiful bit of music, I’d recommend the entire album! (Make sure you check out the deluxe too, Never Giving Up OnYou is only on that one — and it’s in my top 5 fav songs at the moment!) But see, I did attempt to draw a ship too, so don’t blame me too much. 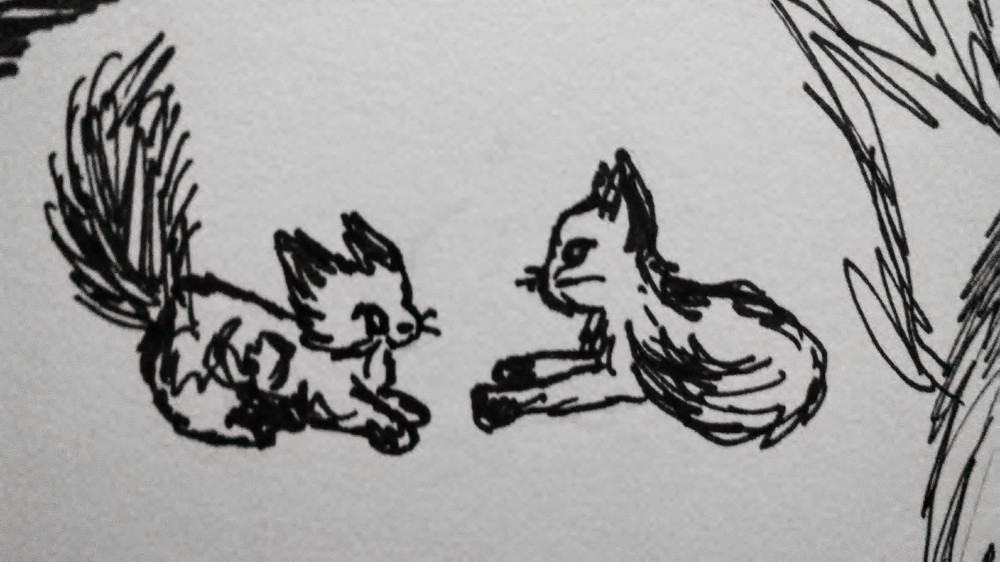 “The smaller kit squeaked with delight as she attempted to rouse her older littermate, who seemed dead-set on sleeping the day away.” Just what I heard in my head (it’s original btw) when I read the prompt. 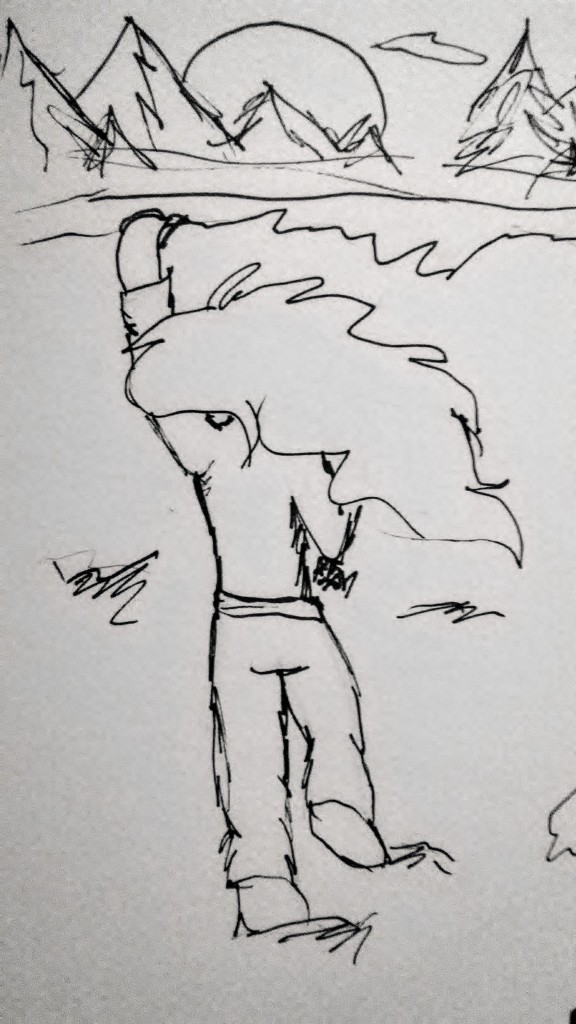 That’d be Jada for you. . . always doing something crazy — like climbing a cliff. Just don’t fall! 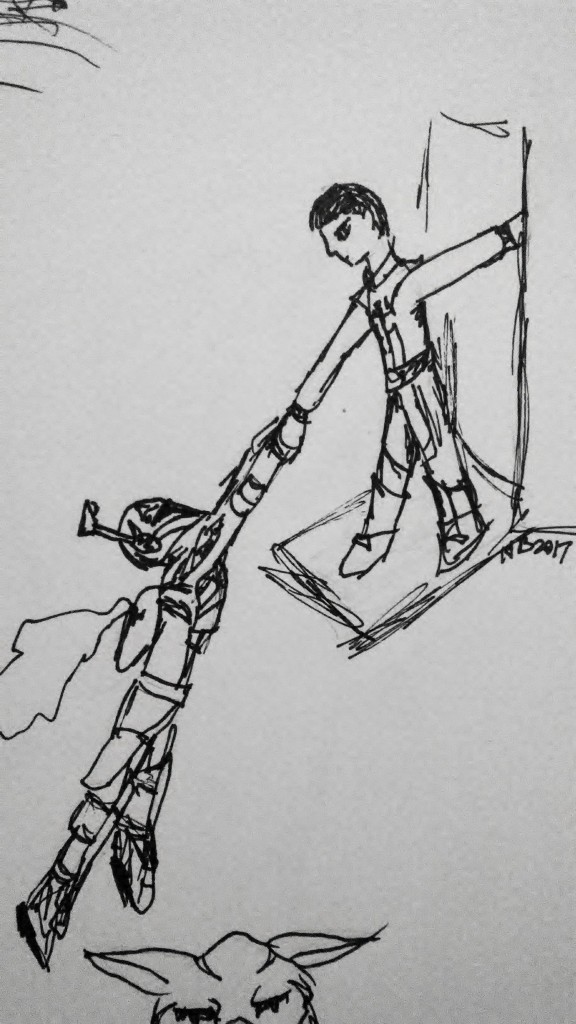 Now, I could have been mean and just let Jadie fall from yesterday, but I decided to spare her the drama and do something already canon. . . Sabine’s terrifying near-plummet into the canyon at the mercy of Saxon. . . hehe, good thing we have Blueberry to rescue jetpack-loving Mangos! 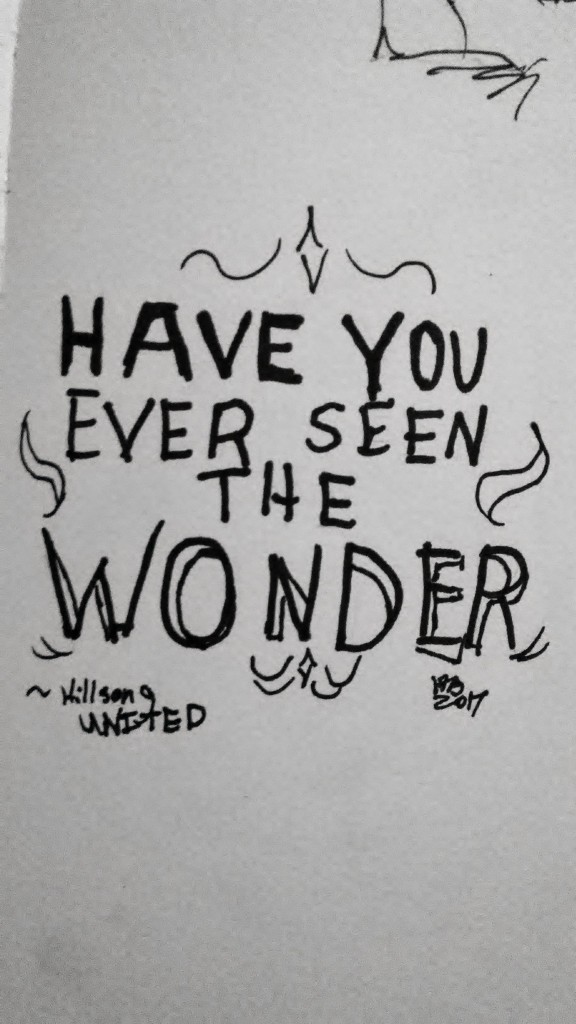 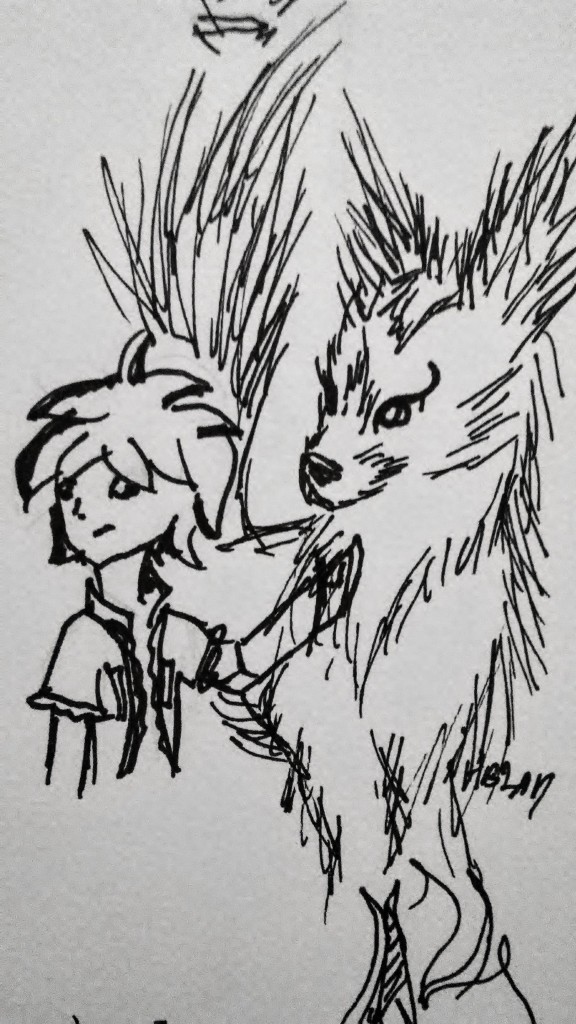 Ezra found (see what I did there? I added the prompt b’cuz I totally didn’t forget to do this day nope never okay I may have but oh well. . .) a icefoxie EXCUSE ME I MEANT he found a vulptex. They’re a little bigger than they look. I’m still calling it an icefoxie thoughs. 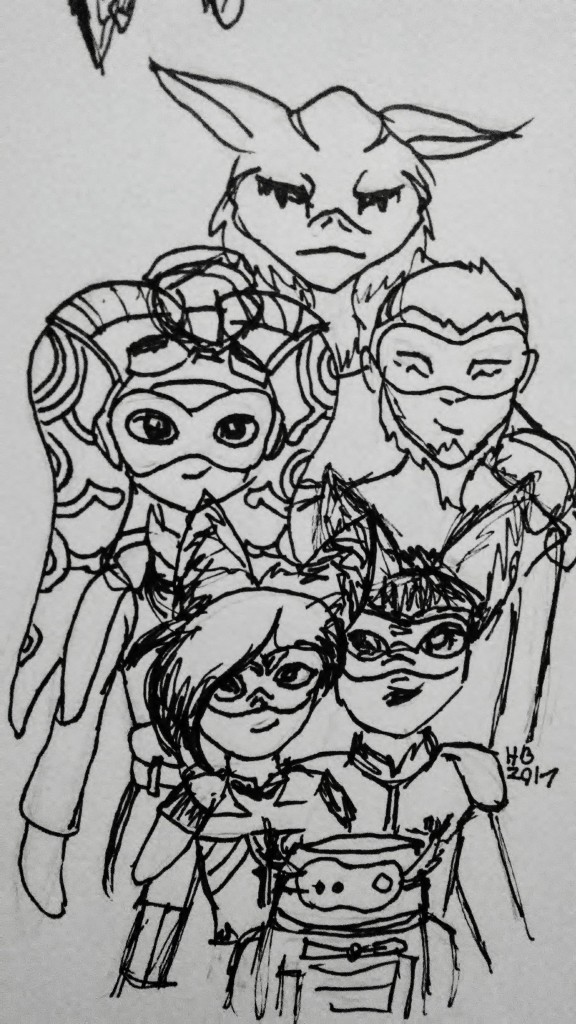 Well, it didn’t turn out how I wanted it at all. Oh well. Anyway, the crew all got masks to match Kanan. Sabi’s a lothcat, Ezzy’s a lothwolf, I don’t know what in the galaxy Chopper and Hera were supposed to be, and Zeb is so weird he doesn’t need a mask. And Kanan is Kanan and has a mask already. So there.

(Emmet quote to finish off the month xP)

You can find my creations here!